With nearly 1,000 active adult and youth choir members in our Metropolis, we stay in touch with our members through our Regional Ambassadors, local Church Music Institutes, Metropolis wide conferences, our website, and regular e-mail news.

We are dedicated to providing the best possible resources to our parishes to help them establish and sustain music programs for adults, youth, and chanters. We offer guidance in many areas to include:

VIEW ALL OUR ARTICLES

“Let the word of Christ dwell in you richly in all wisdom, teaching and admonishing one another in psalms, hymns and spiritual songs, singing with grace in your hearts to the Lord.”  Colossians 3:16 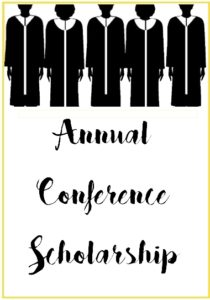 Our mission is to harmoniously support parishes in our Metropolis with their church music needs and perpetuate the rich musical tradition of our church. Therefore scholarships are made available to help defray the cost of conference registration. Awarded scholarships will be paid directly to the host parish conference committee.  Youth and adult choir singers and youth and adult chanters are welcome to apply.

To be eligible, one must:

• Be a member of a parish in our Metropolis

• Be in the adult choir, junior choir, chant group, or some other musical involvement in your parish.

This scholarship was originally for organ students in memory of Xenia Anton Desby, but has recently been expanded to include all Church musicians, and now also includes a memoriam to her husband, Dr. Frank Desby (see biography here).

Xenia Anton was the daughter of Greek immigrants, Leonidas and Chrissoula Anton, who encouraged her love of music.  she received a Bachelor of Music from the Montana state University in 1950, followed by a Master of Music from the Eastman School of Music.  Shortly after graduation she heard that the newly-built St. Sophia Cathedral needed an organist.  Xenia auditioned and won the position.  Two years later, in 1954, Xenia married the director, Frank Desby and they raised three children.

In addition to her duties at St. Sophia, she was Dean of the Los Angeles Chapter of the American Guild of Organists and Professor of Music and Business at Woodbury University.  Her last performance was in July, 1978 at a choir federation gathering at St. Sophia.  Though Xenia’s life was short, her spirit lives on through the scholarship bearing her name.

May their memory be eternal.

A native of Oakland, CA, Kathy Trapp was born May 19, 1948 to Jerome and Stamatena Trapp.  The eldest of three daughters, Kathy was an elementary school music teacher in the San Jose and Richmond School Districts for several years.   Kathy later worked at elementary schools in Clayton and Pleasant Hill for four years.  She was the Adult and Youth Choir Director at Resurrection Greek Orthodox church in Castro Valley, CA as well as serving as the Youth Music Education Specialist for our Music Federation.   Kathy coordinated the activities of the Youth Choirs for the Federation’s annual conferences and traveled throughout the Western states to conduct workshops for our Youth Choirs.  She entered eternal life on December 20, 2001.  She dedicated her life to Christ and her vibrant personality reflected this commitment in everything she did.

May her memory be eternal.

George N. George began singing in a Greek Orthodox Church choir in 1923 at Sts. Constantine and Helen parish in Chicago, Illinois.  It was one of the earliest four-part choral groups established n America by Mr. George Dimopoulos, an outstanding cantor, choral director and arranger.  George George had great respect for his early mentor.  His family subsequently moved to Detroit where George continued his choir singing.  During World War II when he was in the Navy, George was stationed in the Bay Area and immediately joined the Oakland choir.  Upon returning from serious naval battles as a gunners mate in the South pacific, he was on of the most loyal dedicated choir members.  He was not interested in being an officer of the choir, nor did he seek high recognition.  His contribution was consistent attendance, willingness to help any project at hand, and, of course, his musical ability and excellent bass voice.  Besides his church singing, he had a large repertroire of Greek folk songs which he and Perry Phillips often performed for formal shows and informal gatherins.  Of course his guitar accompanied him everywhere.  He was awarded the Medal of Saint Paul by Archbishop Iakovos and George placed it in his choir robe with great price.  George N. George was any choir director’s dream with the traits he demonstrated as a “regular” choir member.

May his memory be eternal. 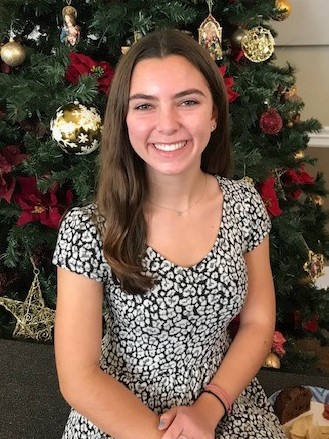 It all started for Ana with a wonderful Pappou, a professional musician who inspired his tiny granddaughter with such a great love of music that she began her musical career in elementary school. Having won a guitar at a family game night, she threw herself into learning the instrument, and in the fourth grade started her own musical band that has wowed audiences at music venues all over San Diego.
Now a vibrant young woman, she uses her musical gifts in service and love to her Greek Orthodox faith and community. An active participant in the Dance and Choral School, Ana regularly sings with the adult choir for Sunday liturgies, and has performed as a feature musician with the youth choir at FDF competitions, having added skill on the bouzouki to her guitar and singing excellence. She continues to study music, and has recently formed a new band with Villa Musica here in San Diego as well as becoming a member of the newly formed young adult choir, Livani. Ana remains a credit to her Pappou of blessed memory, her family, and all the church musicians in the St. Spyridon San Diego parish, who are proud of her in receiving this well-deserved award.

ars, this gifted soprano has given her talent and service to the glory of God in the Annunciation choir, through countless rehearsals, liturgies, feast days, concerts, and weddings. Although those in her choir and community see her as star, she has remained a steadfast and devoted model of quiet dependability and a generous mentor to other singers.
While still a teenager she met and fell in love with her fellow youth choir member, tenor George Mackis, with whom she has shared a life of faithful service to the choir. This devoted couple was most often seen as the first the singers to arrive for Sunday services and blessed many a concert and wedding with their harmonious duets.
During her time as standout singer in her Sacramento High School choir, Elaine was responsible for recruiting her school choir director, Mr. Bill Bobolis, to be the director of the Annunciation choir, which he has served for over 55 years. Through the years Elaine has been a regular participant in Federation conferences and CMIs, sharing friendship and encouragement with other church musicians, and was fortunate to meet George N. George himself at these events. The gift of Elaine’s beautiful voice and example of devotion to God in her service continue to be an inspiration to the Annunciation Choir.

ector’s dream come true, Pat has given nearly two decades of love and service to the St. Spyridon San Diego Choir. Rarely ever missing a rehearsal or performance, she is an anchor of the soprano section, learning her part to perfection and encouraging her fellow singers. Need some music copied? Need risers for a concert? Food for a fellowship, help cleaning the loft, a shoulder to cry on? She’s your girl. Never seeking the spotlight, she’s the one to get things done behind the scenes, caring for the elderly and homebound, generously offering financial support, always remembering every birthday, special occasion, illness, or grief with a caring card or visit—truly an example of Christ’s love. God brought this faithful convert to Orthodox Christianity a long way from her birthplace in the woods of Maine to the sunny shores of San Diego, and her parish is thrilled that she has received this honor.

Singing praises to God – from the choir loft, chanter stand, congregation, or altar — is truly a blessed ministry!  We thank the Lord for allowing us to serve Him as church musicians, and we pray for His help to carry out our ministry.